An international team of researchers, led by UNBC's Dr. Rajeev Pillay examined the habitat of more than 16,000 mammal, bird, reptile, and amphibian species in tropical rainforests and found that preserving forest integrity is crucial for maintaining biodiversity. 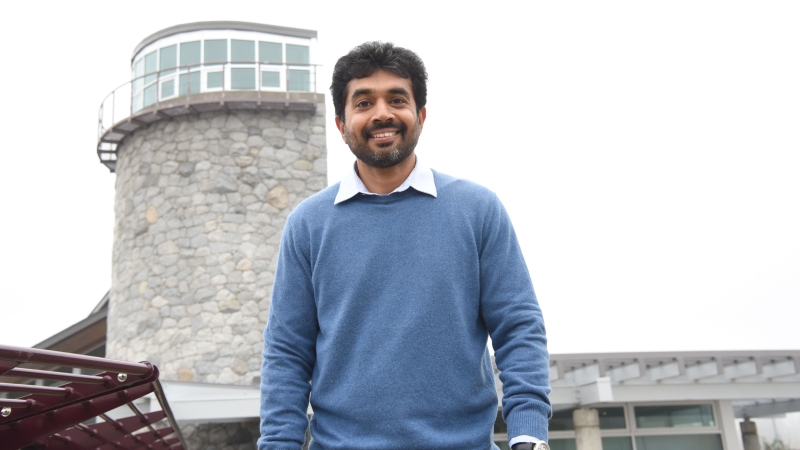 Pillay, a Post-Doctoral Fellow working alongside UNBC Ecosystem Science and Management Professor Dr. Oscar Venter, led an international research project examining the importance of high integrity tropical rainforests around the world for biodiversity. Their findings in the paper titled Humid tropical vertebrates are at lower risk of extinction and population decline in forests with higher structural integrity reinforce the fact that not all forest cover is equal and that numerous human pressures can degrade the quality of forest cover in ways that may imperil biodiversity.

“While this may seem a no-brainer, prior evidence to support this claim was largely based on disparate, local field studies comparing biodiversity in disturbed versus undisturbed primary forests,” Pillay says. “Using novel remote-sensing technology that allows high integrity forests to be distinguished from degraded ones, our study establishes that vertebrate species in tropical rainforests worldwide are less likely to be threatened or decline in populations if their ranges contain large amounts of high integrity forests.”

The findings are published in Nature Ecology and Evolution by a team of scientists from Canada, Australia, the United States, Colombia and Portugal.

To arrive at their conclusions, the researchers first calculated the area remaining under high integrity forests in the ranges of more than 16,000 mammal, bird, reptile, and amphibian species that either depend exclusively on tropical rainforests or are associated with these ecosystems – for instance, migratory birds that live in rainforests seasonally. The researchers then calculated the area under structurally intact forests, not accounting for human pressure, and forest cover alone, not accounting for either structural condition or human pressure.

“This approach made it possible to isolate and assess the relative importance of three variables – forest integrity, structural condition, and forest cover – on the likelihood of extinction and population decline for each of the four vertebrate groups,” Pillay says. “We found that tropical rainforests of high integrity were associated with a lower likelihood of species being threatened and having declining populations, compared with forest cover. Further, species were more likely to be threatened or have declining populations if their geographic ranges contained high proportions of degraded forest than if their ranges contained lower proportions of forest cover but of high quality.”

Importantly, it was observed that intact forest structure alone may be insufficient to conserve rainforest biodiversity without also limiting human pressures within forests. The researchers found that the buffering effect of forest integrity against species extinction risk was consistent across Neotropic, Afrotropic, Indomalayan, and Australasian biogeographic realms, which represent broad spatial extents closely approximating the continents and within which ecosystems and species share a similar evolutionary history.

“Until now, forest biodiversity conservation efforts have primarily focused on preventing deforestation,” Venter says. “However, this study strongly suggests that conservation policies to preserve forest integrity are now urgently required alongside ongoing efforts to halt deforestation in tropical rainforests – the most biodiverse of all terrestrial ecosystems worldwide.”

The new findings are timely for the UN Biodiversity Conference (COP15) in Montreal in December 2022, where a draft goal to enhance the integrity of native ecosystems is up for negotiation by the nations of the world. The authors argue that the single most important policy action nations can take to prevent catastrophic biodiversity loss in tropical rainforests is to commit to a target of net gain in area, connectivity, and integrity of these hyperdiverse ecosystems.