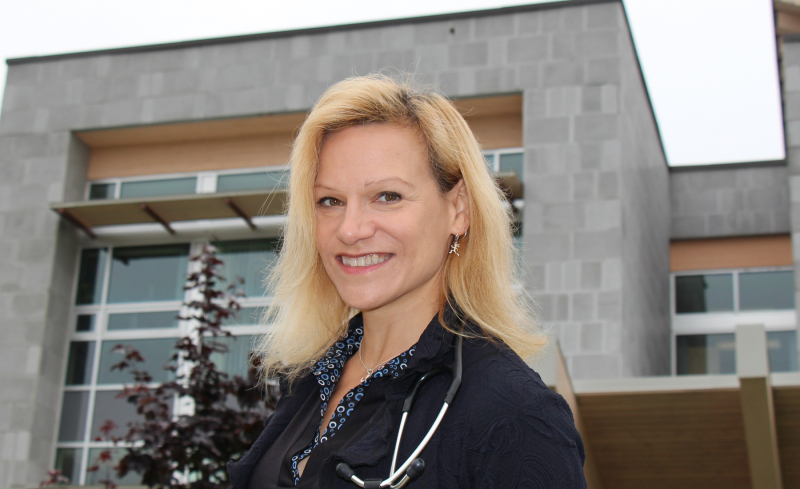 Northern Medical Program associate professor Dr. Jacqueline Pettersen was awarded the Dr. Wolfgang Hevert Prize 2018 for a proposed study on vitamins D and K2 in relation to cognition. She is the first researcher from North America to receive the prize since its inception in 2006. It is the second international award this year for Dr. Pettersen, who received the Fritz Wörwag research prize in Berlin this past May.

Pettersen received the Dr. Wolfgang Hevert Prize in Baden-Baden, Germany on Nov. 3 at the medical congress Medizinische Woche (Medicine Week). The prize, which includes an endowment of 10,000 Euros, is awarded to a planned scientific study which seeks to clarify questions in the field of natural medicine and associated therapies. It is provided through the Hevert Foundation, in conjunction with Hevert-Arzneimittel, a German company specializing in natural remedies. Recipients are selected by an independent panel of scientific experts.

“This will be the first study to directly assess the effects of vitamin K2 supplementation in conjunction with vitamin D on cognition,” said Dr. Pettersen, a cognitive/behavioural neurologist. “This project will build upon my previous research on vitamin D and cognition. It is certainly validating that internationally recognized experts in the field feel that the study is very worthwhile.”

Dr. Pettersen’s proposed trial will look at evaluating the effects on cognition of vitamin D alone, and vitamin D combined with vitamin K2, as compared to a placebo control, in normal healthy adults.

“Vitamin D and Vitamin K2 are known to work in a complementary fashion in terms of bone mineralization and prevention of arterial calcification and related atherosclerosis,” explained Pettersen. “There is some suggestion that K2 may also have beneficial effects in the brain and on cognition and these effects may possibly be increased by vitamin D.

“Thus, vitamin D and K2 together might be even more effective than just vitamin D by itself.  Insufficiencies of both vitamins are thought to be common worldwide and associated with cognitive decline and dementia. There have been no prior studies assessing the effects of K2 supplementation on cognition, either with or without vitamin D.” 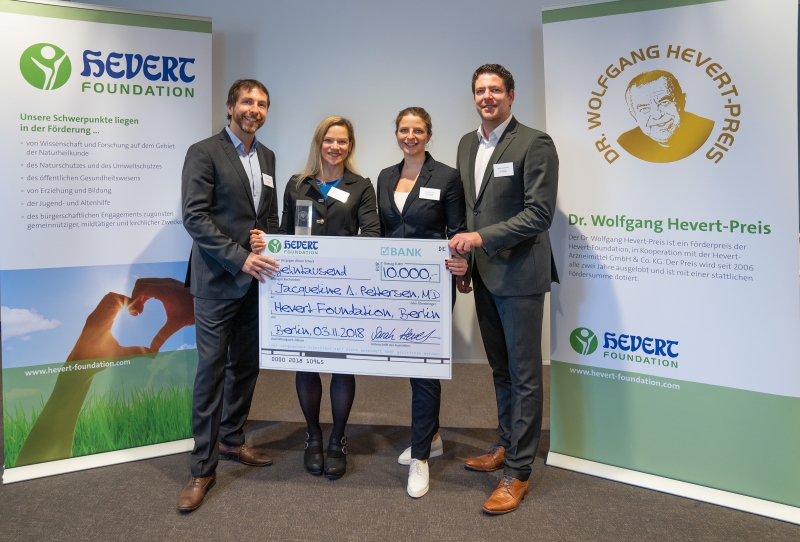 “The research project submitted by Dr. Jacqueline Pettersen from the University of Northern British Columbia in Prince George, Canada, convinced the panel especially regarding the scientific advancement, the usability of the expected results for prevention and therapy as well as the relevance for the health system,” said Mathias Hevert, a board member with the Hevert Foundation, who presented the award together with his siblings Sarah and Marcus Hevert (also board members). “We are very happy to award this year’s Dr. Wolfgang Hevert Prize to Dr. Pettersen.”

The prize is awarded every two years and is dedicated to the work of the Hevert siblings’ father, Dr. Wolfgang Hevert.