From our electric car charging stations to our recent lighting upgrades, UNBC has a lot to celebrate as one of Canada's Greenest Employers. 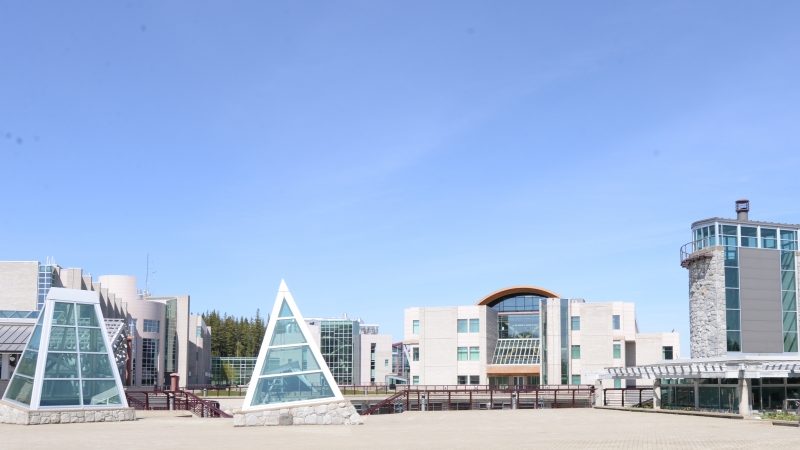 Prince George, B.C. – For a ninth time, the University of Northern British Columbia’s commitment to sustainability has resulted in being named one of Canada’s Greenest Employers, according to Mediacorp Canada Inc.

“At UNBC, sustainability is at the heart of our teaching and research objectives and is central to the day-to-day operations at our campuses,” says UNBC Interim President Dr. Geoff Payne. “As Canada’s Green University we are proud to once again be among Canada’s Greenest Employers as our faculty, staff and students lead by example to create a healthier world for everyone.”

This latest recognition follows Mediacorp’s announcement earlier this year that UNBC is once again one of B.C.’s Top Employers.

UNBC is one of seven universities included on the list this year and is the only employer in northern B.C.

Organized annually by Mediacorp, the awards recognize 85 Canadian employers. The selection criteria include: the unique environmental initiatives or programs employers have developed; whether employers have been successful in reducing their environmental footprint; whether their employees are involved in these programs and contribute unique skills; and whether their environmental initiatives have become linked to the employer’s public identity to attract new people to the organization.