The story of the Northern Medical Program is one of what can be accomplished when people come together to bring about change.

In June 2000, a critical healthcare shortage in Northern BC sparked a public rally with several thousand people in attendance. With presentations from local leaders, the rally led to a community demand for a medical school in the North.

From the time of the rally to the first class starting in the Northern Medical Program in 2004, it took just four years to make this dream a reality. Working together, representatives from UBC, UNBC, local and provincial government and others developed a proposal and then a plan to launch a medical school that would train physicians in the North with the key skills needed for work in rural and northern communities.

At the time, the NMP, as a distributed site of the UBC Faculty of Medicine delivered in partnership with UNBC, represented a unique concept in undergraduate medical education. Instead of students spending the majority of their training in a large urban centre, they would be educated in smaller communities, with the chance to learn first-hand about the challenges and opportunities in rural health. Together with its sister program, the Island Medical Program in Victoria (also launched in 2004), the NMP was one of the first of its kind in North America. 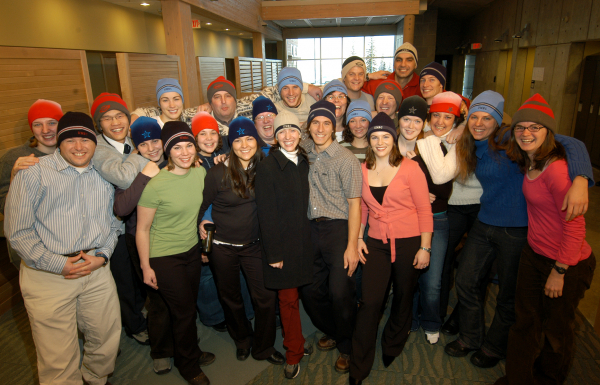 In addition to building the new school, there was a tremendous amount of work in recruiting academic faculty and staff to the NMP.  Local physicians across the region were highly engaged and now the majority in the North teach in the NMP, playing a key role in our students’ education. They act as mentors, and provide clinical practice experiences and other ongoing education opportunities.

NMP through the years 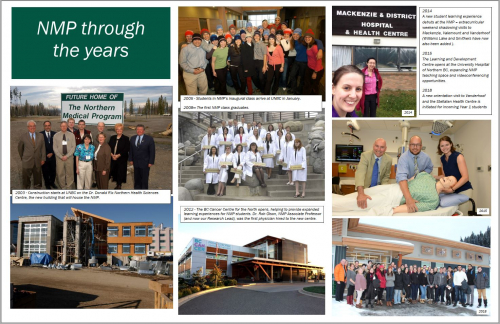 To ensure success in meeting our goal of developing physicians with skills in rural medicine and health, the NMP has focused on cultivating programs that help students learn in a northern and rural context. This includes rural family practice placements, immersion experiences in Indigenous and small northern communities, northern and rural research project opportunities, and clinical training in remote regional hospitals.

To encourage northern and rural students to consider careers in healthcare, including medicine, we have developed projects such as the Healthcare Travelling Roadshow, which visits rural high schools, and Northern Pathways to Medicine, a bursary and enrichment program which supports undergraduate students.

In the past decade since it was first launched, the NMP has been able to achieve numerous successes. We have been able to help recruit new physicians to the North who contribute not only to patient care in the region but also to the education of our students. Our academic faculty have developed leading research programs in both the medical and social sciences that provide benefits to the North, Canada and the globe. And we continue to see growing numbers of our graduates returning to work in the north as family doctors, specialists, and NMP faculty preceptors and leaders.