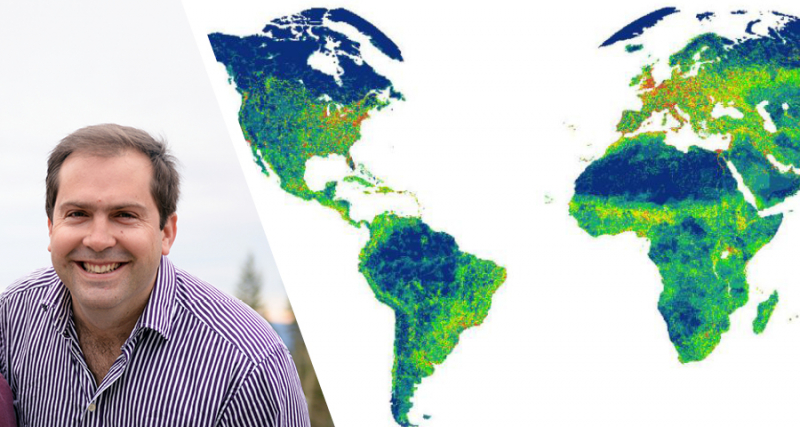 Prince George, BC – The global impact of human activities on the natural environment is extensive, but those impacts are expanding at a slower rate than the rate of economic and population growth. This is one key finding from the publication of the highest resolution and most comprehensive maps of humanity’s changing impact on the terrestrial environment, released today by a team of researchers from the University of Northern British Columbia, the University of Queensland, the Wildlife Conservation Society (WCS), and six other universities.

The results, published in the journal Nature Communications, reveal a complex story of how humans are altering natural habitats at the planetary scale. The study finds that while the global population grew 23 percent and the global economy grew 153 percent between 1993 and 2009, the global human footprint grew only 9 percent.

"Seeing that our impacts have expanded at a rate that is slower than the rate of economic and population growth is encouraging,” said lead author Dr. Oscar Venter of the University of Northern British Columbia, “it means we are becoming more efficient in how we use natural resources.”

The report authors add, however, that while environmental impacts may not be tracking the exact growth rate of economies, they are already frighteningly extensive.

Dr. James Watson, co-author of the study from the University of Queensland and Wildlife Conservation Society, said: “Our maps show that three quarters of the planet is now significantly altered and 97 percent of the most species-rich places on Earth have been seriously altered. There is little wonder there is a biodiversity crisis.”

The co-authors also expected to see that countries with booming economies would all have expanding environmental impacts, but that wasn’t uniformly the case.

Said co-author Dr. Eric W. Sanderson, WCS Senior Conservation Zoologist, and lead author of the original Human Footprint study in 2002: “It is encouraging that countries with good governance structures and higher rates of urbanization actually grew economically while slightly shrinking their environmental impacts of land use and infrastructure. These results held even after we controlled for the effects of international trade, indicating these countries have managed in some small measure to decouple economic growth from environmental impacts.”

“Sustainable development is a widely espoused goal, and our data demonstrates clear messages of how the world can get there,” said Dr. Venter, who is UNBC's Forest Renewal BC West Fraser Growth and Yield Research Chair. “Concentrate people in towns and cities so their housing and infrastructure needs are not spread across the wider landscape, and promote honest governments that are capable of managing environmental impacts.”

The authors have released the new maps and underlying datasets to the public at http://wcshumanfootprint.org/ The maps will be used by policy makers and researchers for a wide range of applications, such as identifying places that are still largely ‘wild’ and should be protected, as well as to identify places suitable for restoration of their natural functions and ecosystem services.

The analysis comes less than a month away from the kick-off of the IUCN World Conservation – a once-every-four-year gathering of conservationists and world leaders. This year’s Congress will be held in Hawaii from Sept. 1-10.

"As the global landscape continues to shift in the face of population growth and evolving climate, the work being done by Dr. Venter and his team will have significant impacts on the field and how best to address the issues that are facing us on a global scale," said Dr. Geoff Payne, UNBC's Interim Vice-President, Research. "This work highlights the outstanding research being conducted at UNBC and its integral contributions to this important and emerging area." 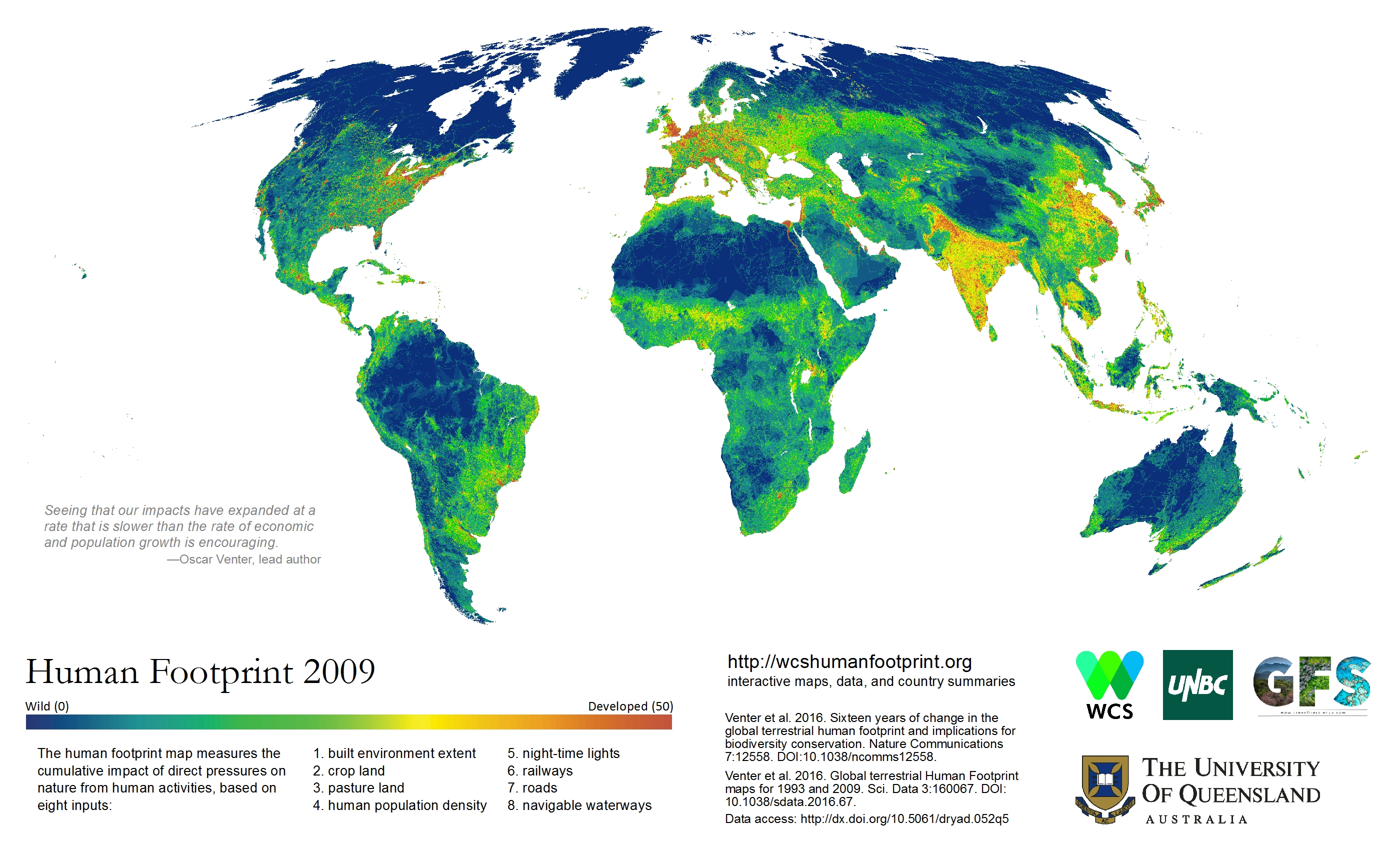