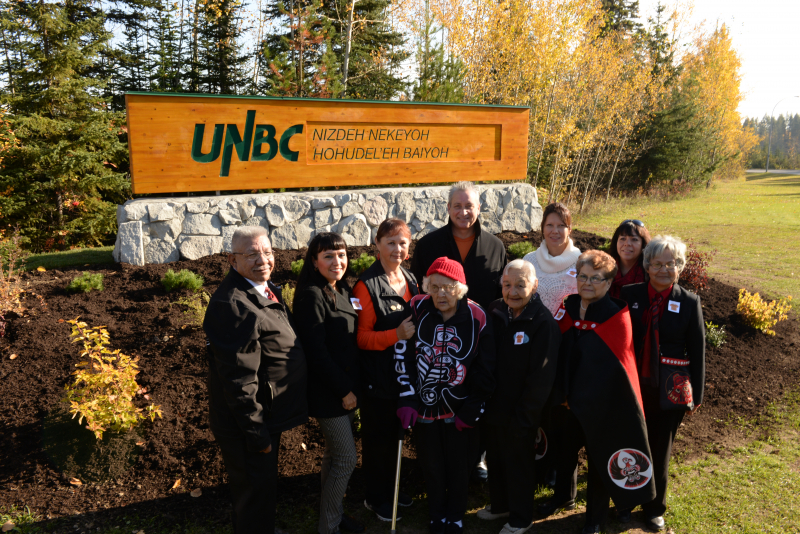 Prince George, BC – Ties between the University of Northern British Columbia and the Lheidli T’enneh Nation are being strengthened.

UNBC President Dr. Daniel Weeks was joined Friday by Lheidli T’enneh Chief Dominic Frederick and a group of Elders to recognize the important relationship that UNBC and the Lheidli T’enneh share.

“We are happy to continue to collaborate and strengthen our ties with UNBC,” said Chief Frederick. “Today is another example of recognizing the Lheidli T’enneh traditional territory that the University’s Prince George campus is situated within.” 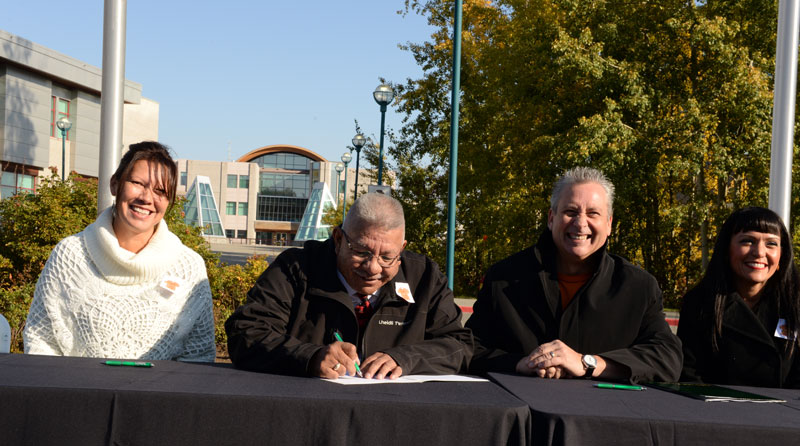 “These permanent fixtures on campus are just more examples of how the UNBC community and the Lheidli T’enneh can continue to build a co-operative, long-lasting and mutually beneficial relationship where principles of respect, communication, trust and understanding will lead to positive and meaningful collaborations and partnerships,” said UNBC President Dr. Daniel Weeks. “The fixtures also signify several of our key core values of inclusiveness and diversity which reflect the spirit of the University’s motto – 'En Cha Huna (he/she also lives).” 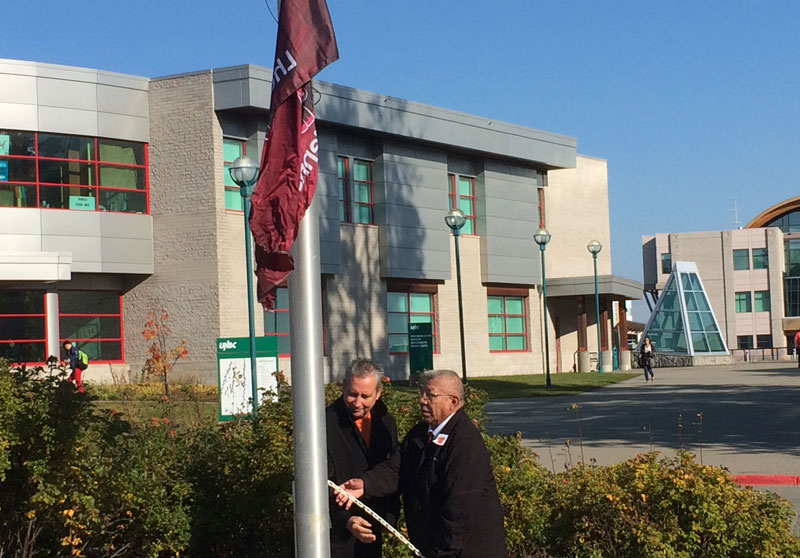 The Elders worked tirelessly for the last year sharing their knowledge and expertise on the project with Dr. Rheanna Robinson, UNBC’s Senior Advisor to the President on Aboriginal Relations.