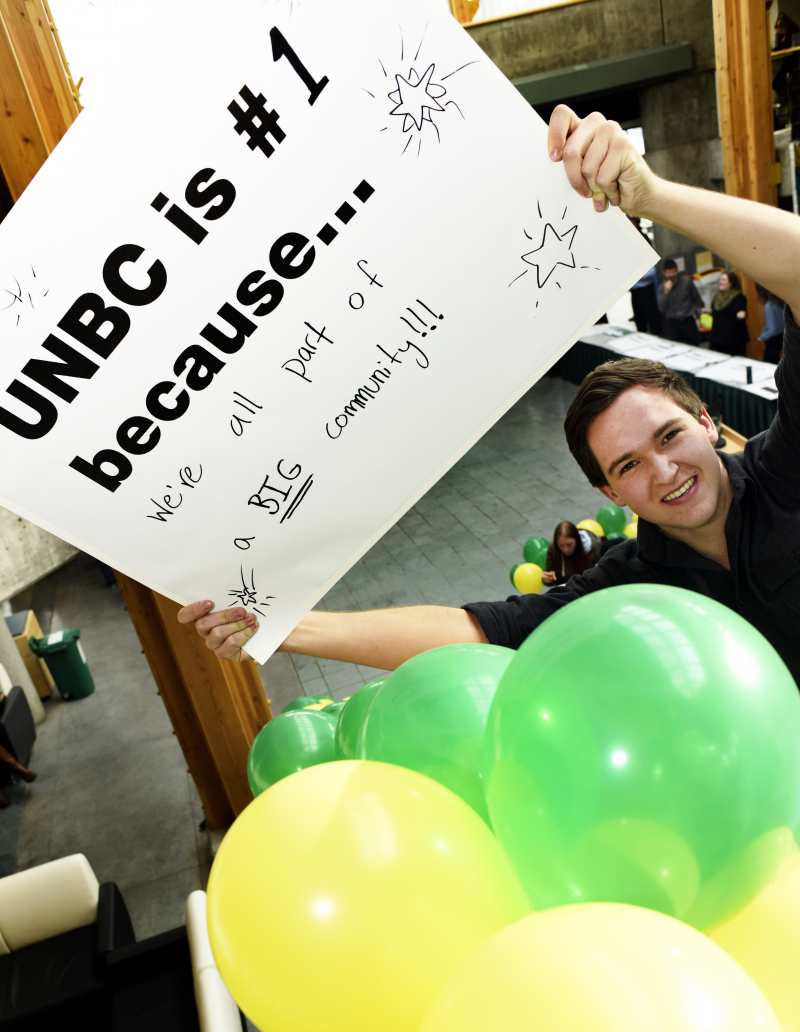 Prince George, BC – For the second consecutive year the University of Northern British Columbia is the top university in its category according to rankings released by Maclean’s magazine.

“This first-place ranking reflects the strengths of our community. From UNBC’s outstanding students, talented faculty, dedicated staff, successful alumni, generous donors and tireless supporters, everyone involved in our institution has helped us become Canada’s top small university,” says UNBC President Dr. Daniel Weeks. “This recognition again confirms that UNBC continues to educate future leaders who will serve to strengthen our region, our province, and our country.”

Strong scores in the research dollars, library acquisitions, student awards and student/faculty ratio categories propelled UNBC to another top ranking. UNBC tied for first place with Acadia in the student awards category, which measures the number of students per 1,000 who have won national awards. UNBC also finished in the top five in faculty awards and library investment as a proportion of the University’s budget.

Current students, who were surveyed as part of the rankings, gave UNBC excellent grades in the mental health services and student life staff categories.

“It is fantastic news that UNBC is recognized as the top university of its size for a second year in a row,” says UNBC Board of Governors Chair Ryan Matheson. “The entire UNBC community can be proud of their University and the work that continues to be done in making it an exceptional institution.”

Mount Allison placed second in the Primarily Undergraduate category followed by the University of Lethbridge. Simon Fraser University placed first in the Comprehensive list and McGill maintained its top ranking in the Medical Doctoral category.