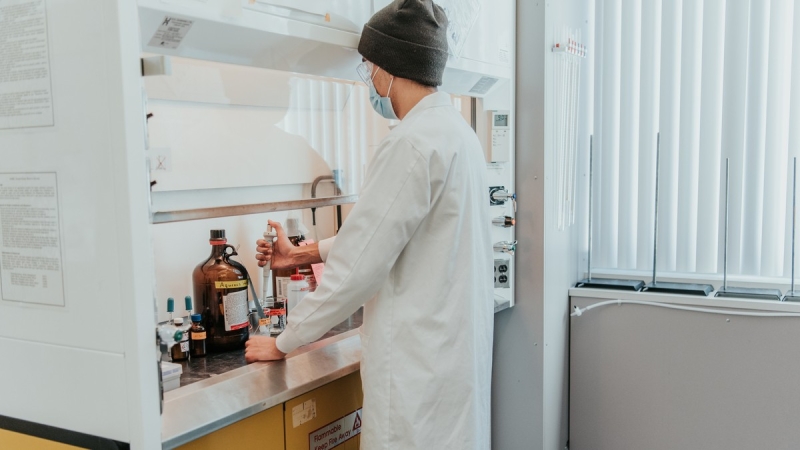 UNBC placed fifth in its category in the Research Universities of the Year ranking, thanks in part to a strong result in the research income per graduate student metric.

Prince George, B.C. – The University of Northern British Columbia placed first in its category in research growth from not-for-profit sources, according to the latest edition of Canada’s Top 50 Research Universities produced by Research Infosource Inc.

UNBC saw its not-for-profit research income soar nearly 95 per cent in the 2021 rankings to nearly $2 million, the largest percentage increase of any university in the undergraduate tier. Overall, UNBC’s total research income increased more than seven per cent to $13.9 million, its highest total in a decade.

“By partnering with not-for-profit organizations, our researchers can bolster their funding while accessing expertise as they advance our understanding on important issues here in British Columbia and around the world,” says UNBC interim President Dr. Geoff Payne. “Research is an inherently collaborative endeavour. We are grateful for the many organizations who support the efforts of our world-class research teams.”

UNBC moved up one spot in the overall ranking to No. 41.

“At UNBC, our scholars are seeking answers to some of the biggest questions facing humanity, including assessing the impacts of climate change, furthering reconciliation with Indigenous People, discovering new ways to develop our communities sustainably, improving access to health care and much more,” says acting Vice-President Research and Innovation Dr. Kathy Lewis. “Our faculty researchers encourage co-operation and provide many opportunities for our undergraduate and graduate students to participate in research projects.”

This year, Research Infosource also produced a 20-year spotlight, looking at the change in research income for Canadian universities between 2001 and 2020. The results demonstrate UNBC’s continued growth over that period, with total research income increasing more than 200 per cent during that span.

During that same period, UNBC placed first in its category in university cross-sector collaboration publication growth, seeing an astounding 1,000 per cent increase in the category. Not-for-profit research income grew an astronomical 1,045 per cent over that time, third best in the category.