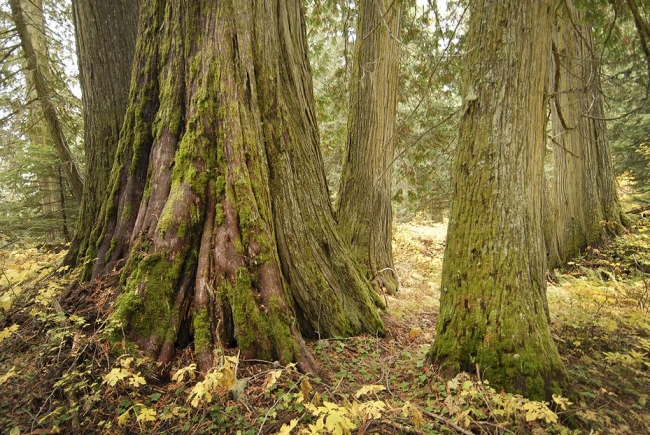 However, it has been made clear that these benefits do not outweigh the costs; with northern, rural and remote regions having been rated poorly on nearly all measures of health indicators in British Columbia. This demonstrates that health care for these communities are compromised of distance, environment, economic expenses (e.g., travel costs), and by the limited services. Out of the services that do exist in northern, rural and remote communities, several are unable to provide the best care due to several issues, such as lack of resources, being underfunded, and having problems maintaining staff. 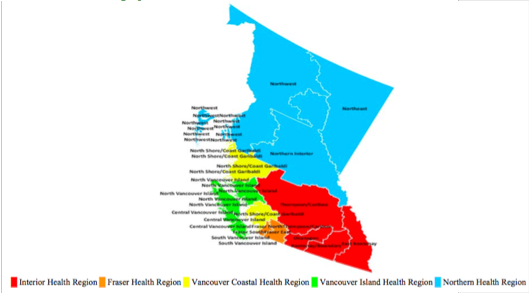 Life expectancy is an internationally recognized measurement tool that determines the average number of years that a person in a particular region is expectancy, gender and socio-economic status. Figure 1 demonstrates connection in British Columbia. 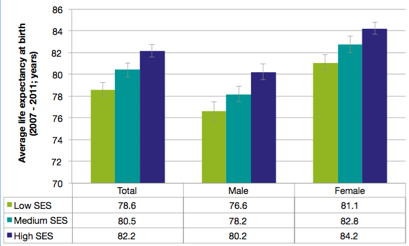 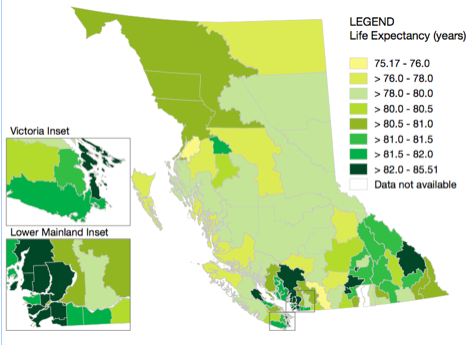