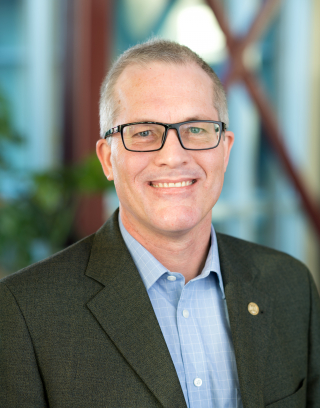 Gary N. Wilson is a Professor in the Department of Political Science. He is also the Coordinator of the Northern Studies Program. His research focuses on governance and politics in the Canadian and Circumpolar North, and on the impacts of globalization and political change on communities in northern Canada and the Celtic periphery in Europe. He has published articles in the Canadian Journal of Political Science, American Journal of Canadian Studies, Canadian Foreign Policy, Europe-Asia Studies, Post-Soviet Affairs, Polar Geography and the Canadian Review of Studies in Nationalism. Dr. Wilson is currently serving as the President of the Association of Canadian Universities for Northern Studies (ACUNS) and the Associate Director of the Pacific-Northwest Canadian Studies Consortium.

My research and teaching examines the remarkable resiliency and adaptability of regions and communities in the face of the powerful forces of global change. My work on Arctic politics and governance explores the multidimensional relationships that exist between Inuit regional governments and organizations, and non-Aboriginal governments at the provincial, national and international levels. I am also interested in the ways that small island regions, such as the Isle of Man in the British Isles, are protecting and revitalizing their indigenous languages and cultures in a world that is becoming increasingly homogenized. Closer to home, I study the impacts that global processes and changes are having on communities across northern British Columbia and other parts of the Canadian provincial norths.

Available to supervise graduate students
Supervises in:
Available to be contacted by the media as a subject matter expert

Gary N. Wilson, Henry Johnson and Julia Sallabank (2014). “I’m Not Dead Yet: A Comparative Study of Indigenous Language Revitalization in the Isle of Man, Jersey and Guernsey.” Current Issues in Language Planning. November: 1-22.

Christopher Alcantara and Gary N. Wilson (2013). “The Dynamics of Intra-Jurisdictional Relations in the Inuit Regions of the Canadian Arctic: An Institutionalist Perspective.” Regional and Federal Studies. 23:4: 1-19.